On April 28, 2015, Cloudmark released its 2015 Q1 Security Threat Report which underscored the beneficial impact that Canada’s Anti-Spam Law (CASL) has had on spam in Canada since it came into force on July 1, 2015.

The Cloudmark report had the following to say on CASL:

“On July 1st of last year, a stringent anti-spam law, Canada’s Anti-Spam Law (CASL), went into effect. We took a look to see what impact this had on Canadian email activity. Our most significant findings were:

Let’s look at those results in detail.

Spam is an international phenomenon, but the US is both one of the biggest sources and the biggest targets for spammers. It’s not a surprise, then, that 53% of spam that Canadians receive is from the US, and 78% of spam that is sent from Canada goes to the US. However, the amount of spam outbound from Canada went down noticeably when CASL was implemented. 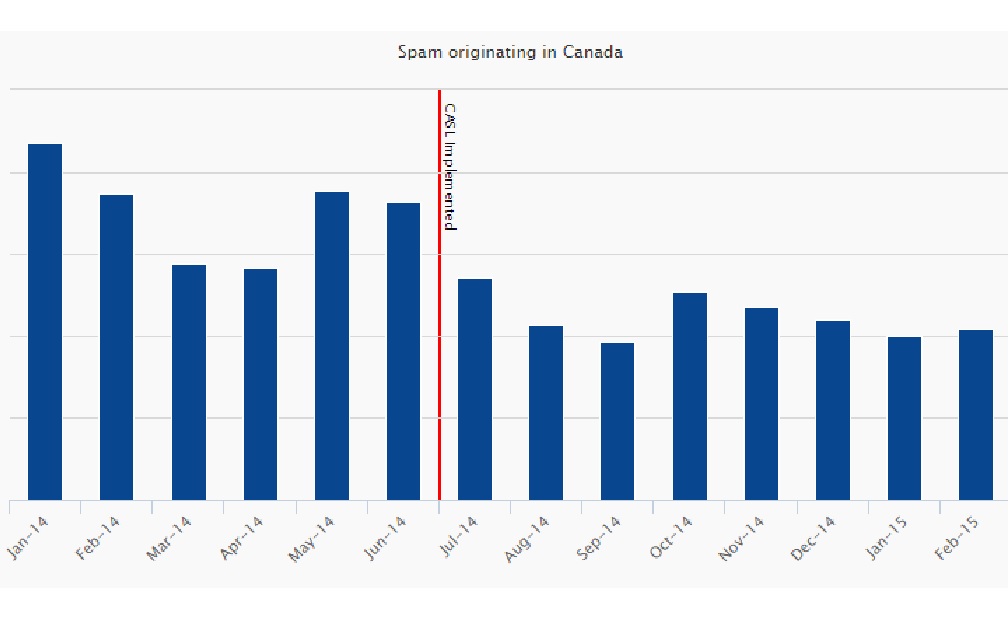 Though there is volatility from month to month, the total volume of spam originating in Canada every month since CASL was implemented had been lower than the lowest month before the law went into effect. The average monthly spam volume decreased by 37% and there was a dramatic drop in email received by Canadians following the implementation of CASL. 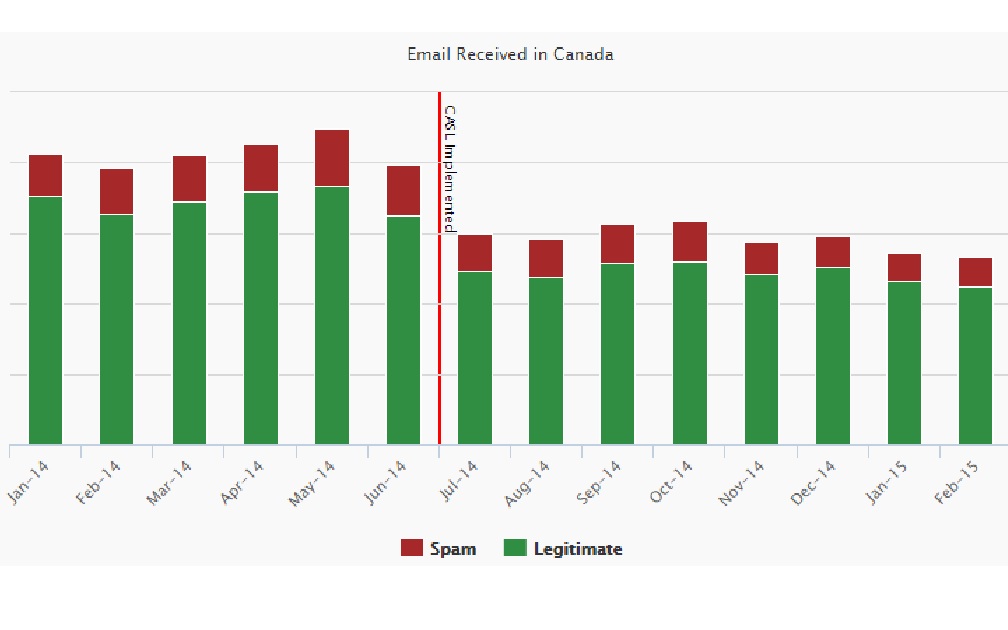 The monthly average volume for all email received by Cloudmark customers in Canada went down by 29% after CASL. This was split evenly between spam and legitimate email. The average percentage of email that was spam increased by an insignificant amount, from 16.5% to 16.6%.
Why did CASL have such an impact on legitimate email? Most likely because it enforces far more stringent requirements for obtaining consent for marketing emails. Practices for adding a consumer email address to a mailing list that would be acceptable under the US CAN-SPAM legislation do not satisfy the level of affirmative consent required by CASL. While CASL has been ineffective in preventing the professional spammers promoting bootleg pharmaceuticals, diet pills and adult services, it has stopped unscrupulous email marketers from growing their mailing lists by co-marketing or easy-to-miss opt out checkboxes.
CASL has even had an impact on some US spammers. We frequently see affiliate spam these days which contains the warning, “This message is not intended for Canadian citizens.””
The full report can be found here: http://blog.cloudmark.com/2015/04/28/cloudmarks-2015-q1-global-threat-report/

Australia and Singapore to fight unwanted calls and messages together

Not a member yet?

LAP membership includes representatives from the government regulatory and enforcement community and interested industry members. Through annual meetings and bimonthly teleconferences, members stay connected and share information that is critical for any organization engaged in anti-spam regulation and enforcement.